Posted at 13:19h in Uncategorised by mxm@dmin 0 Comments
0 Likes
Share 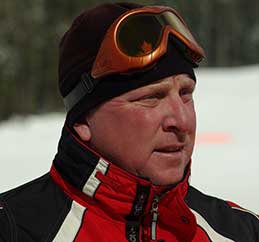 Jamie Spencer has been a lifelong skier and became a CADS volunteer 20 years ago when his friend saw an advertisement for the CADS program at Horseshoe Valley in Barrie and suggested they check it out.

Since then Jamie has volunteered at a handful of adaptive programs including CADS Ontario at Horseshoe, Ottawa Ski Hawks at Camp Fortune, CADS National Capitol Division (NCD) at Edelweiss, and London Track 3 at Boler Mountain.

Jamie attended his first CADS National Festival at Sunshine Village in 1998 and has returned to every Festival since then. It was at this Festival that Jamie’s best CADS memory developed while working with a young student from Newfoundland who progressed from being tethered down a green run in his sit ski on day one, to coming down untethered from the top on a blue/black run by the end of the week.

In addition to working with students at season-long programs, Jamie has volunteered with ad hoc events over the years for newly disabled or first time skiers such as Biogen Days, Spinal Cord Injury Days and MacKenzie Days. He’s been a member of CADS’ National Technical Committee for over 10 years and has contributed to continuous improvements to the CADS Instructor Manual and the Certification system. Jamie also serves on the London Track 3 Executive Board.

When Jamie’s not on the hill he can be found golfing near his home in London. 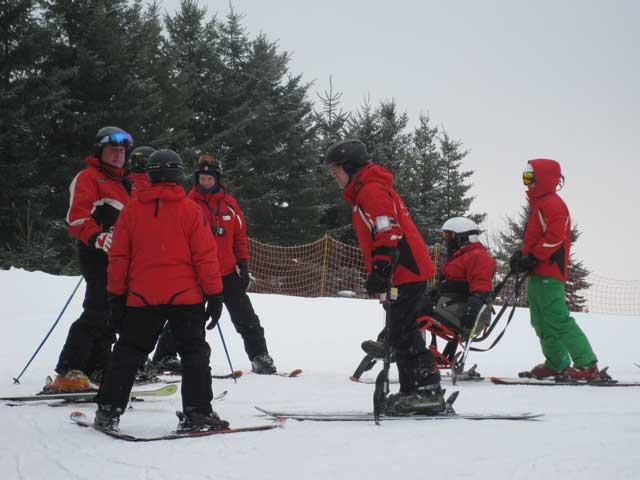 Jamie is pictured (far left) with students and volunteers at Mansfield’s Adult Disabled Downhill Ski (ADDS) Club in February 2015 while fulfilling part of his CADS Ontario Board Liaison role.